Having spent the whole day yesterday watching college football and not have any food that even resembled tailgate food (aka appetizers, junk food, finger food), I was definitely craving something like that today!

But it needed to be quick and not huge because I may be the only one who would be snacking on it.

This old school dip came to mind and definitely handled my craving.

As I mentioned, this is not a large appetizer. It’s good for a few people to nibble on along with other items, although you could easily make 2 or double recipe and put on larger serving plate.

Serve immediately with Frito chips or refrigerate until ready to serve.

Thanks to one of my husband’s wonderful patients – we have had a surplus of fabulous home grown tomatoes!

I can eat BLT’s all day long, all week – I love them that much – but it still doesn’t use all those home grown beauties before they go bad. So ,I had to come up with another way to use them.

I make this up in several batches and freeze.

Pull out of the freezer and use with a pre-made crust for a quick weeknight dinner.

It’s also great to make when tomatoes are not in season, just use canned crushed tomatoes.

Blend tomatoes and basil in blender to a chunky puree.

Brown garlic over medium/high heat in olive oil until fragrant (2-3 minutes). Be careful not to burn.

Add blended tomatoes and basil to garlic/oil mixture. Bring to a boil, reduce to a simmer and cook uncovered for 45 minutes, stirring occasionally until liquid is reduced.

Let cool and use to create your favorite pizza or freeze in a zip lock bag until ready to use. 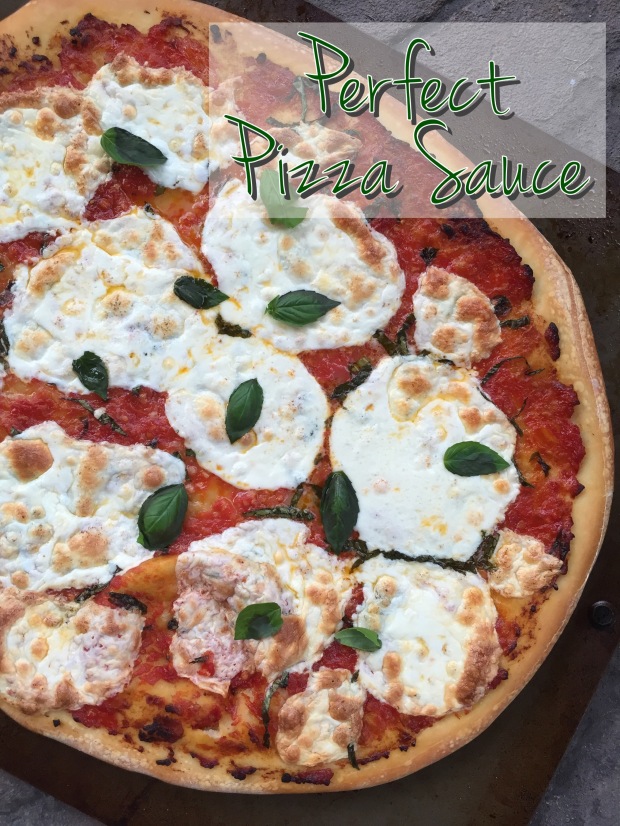 Simple was the key for Sunday night when preparing dinner because I had one eye on dinner and the other eye on the tv watching The Oscars or Oscar coverage. That’s why I opted for the all time favorite – spaghetti.

I love me some “sketti”.

And don’t you just love all those dresses?!?

(Although some of those chicks really need to eat.)

The girly girl in me wishes there were more occasions to dress up – it’s so much fun!

Don’t get me wrong – I looooove casual but I do not think there are enough times that we go all out like they used to in the golden era.

You know – “dress for dinner”

Since Sunday was just a staple dinner I thought last night I would try something a little different.

BBQ Chicken Pizza.  Should be pretty simple and will go perfectly with the left over Cheesecake in the fridge. 🙂

(adapted from My Baking Addiction)

Preheat oven to the temperature your pizza crust suggests.

Place Pizza dough on pizza stone or foil lined baking sheet and cook until it has a slight toast on it – about 5 minutes. (I opted for foil lined because my stone is round and this pizza crust was square)

Remove crust and spread barbecue sauce over crust. Add shredded chicken, onion, and bell peppers on top of the barbecue sauce. Top with cheese and cilantro. 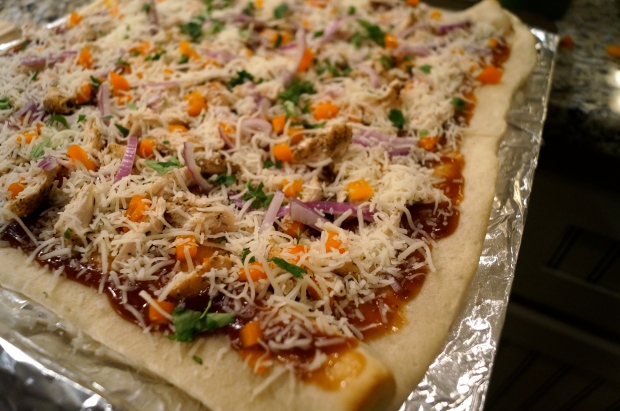 Bake 12 to 15 minutes or until crust is deep golden brown. Garnish with more cilantro.

This was so so good! It tastes like you ordered it from a specialty pizza place! And EASY too! 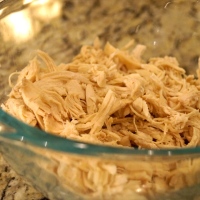